FORMAT FOR THIS SESSION

If you have any questions please e-mail Fr. John at [email protected]

SESSION #5 – Stop Being a Bystander in Your Life 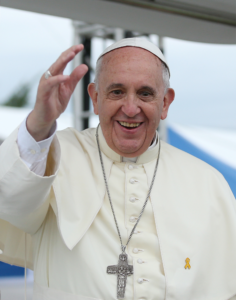 Heavenly Father,
when your only begotten Son Jesus Christ
rose from the dead,
he commissioned his followers
to “go and make disciples of all nations”
and you remind us that through our Baptism
we are made sharers in the mission of the Church.

Empower us by the gifts of the Holy Spirit
to be courageous and zealous
in bearing witness to the Gospel,
so that the mission entrusted to the Church,
which is still very far from completion,
may find new and efficacious expressions
that bring life and light to the world.

Help us make it possible for all peoples
to experience the saving love
and mercy of Jesus Christ,
who lives and reigns with you
in the unity of the Holy Spirit,
One God, forever and ever.

“Life doesn’t go from A to B — it’s messy,” says sailing legend Tracy Edwards. In this inspiring talk, she tells how she went from teenage misfit to skipper of the first all-female crew in the toughest race on the seas — and how she now helps young people around the world achieve their dreams, too. 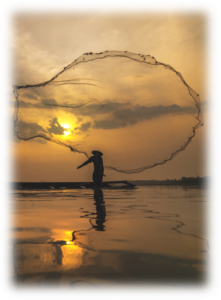 When he had finished speaking, he said to Simon, ‘Put out into the deep water and let down your nets for a catch.’ Simon answered, ‘Master, we have worked all night long but have caught nothing. Yet if you say so, I will let down the nets.’ When they had done this, they caught so many fish that their nets were beginning to break. So they signalled to their partners in the other boat to come and help them. And they came and filled both boats, so that they began to sink.

But when Simon Peter saw it, he fell down at Jesus’ knees, saying, ‘Go away from me, Lord, for I am a sinful man!’ For he and all who were with him were amazed at the catch of fish that they had taken; and so also were James and John, sons of Zebedee, who were partners with Simon. Then Jesus said to Simon, ‘Do not be afraid; from now on you will be catching people.’ When they had brought their boats to shore, they left everything and followed him.

(1) When have you felt like you were in the middle of the sea helpless and could not see land?

(2) Think about a time that you felt overwhelmed and inadequate and yet rose to the occasion and discovered new gifts and opportunities.

(3) How is Jesus asking you to go out into the deep waters in your life?

(4) In what ways have I been a bystander and now need to get involved?

(5) How has this retreat helped me become a better disciple and what will I do differently now after this journey?

SONG FOR REFLECTION – MY LIGHTHOUSE